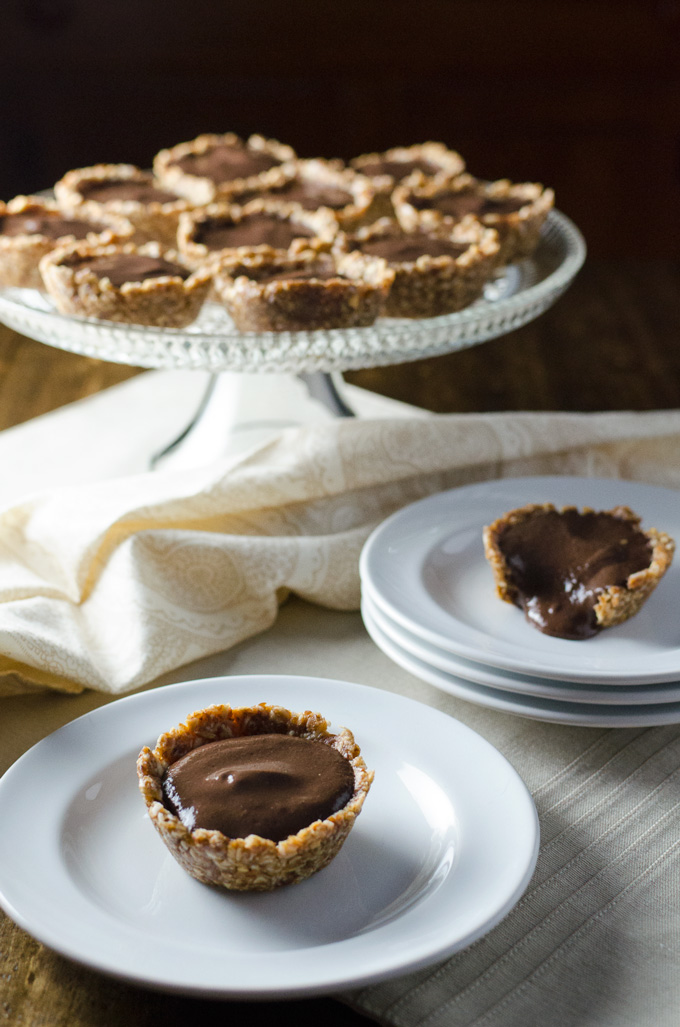 When do you crave chocolate?

Do you hanker for it at the end of a busy day?

Does it serve as an afternoon pick-me-up?

Do you reward yourself with something chocolaty after a grueling workweek?

Perhaps it calls your name at certain times of the month? 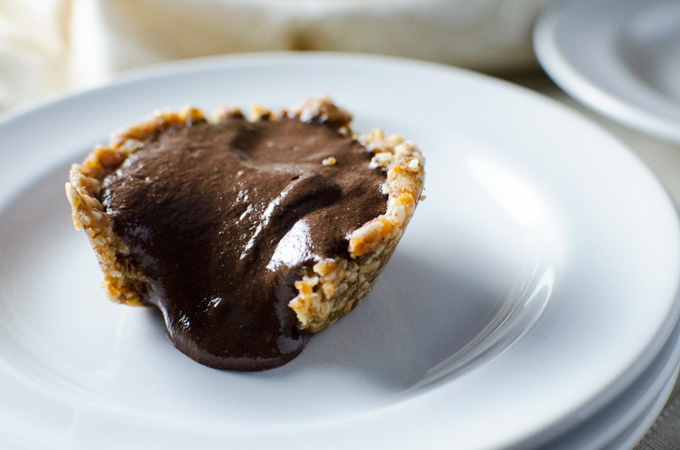 As a certified chocoholic I began planning these Mini Raw Chocolate Chia Pudding Pies soon after I shared my recipe for Mini Raw Banana Cream Pies. I wanted to explore the art of chia pudding – so these pies were a logical outcome.

The pudding is so simple to make. You simply mix the ingredients in a high-speed blender and refrigerate.

I used dark cocoa powder to make it extra chocolaty.

The crust is also easy. It’s a modified version of energy bites. You simply mix the ingredients in a food processor and then press into muffin tins.

I added shredded coconut to compliment the chocolaty pudding. 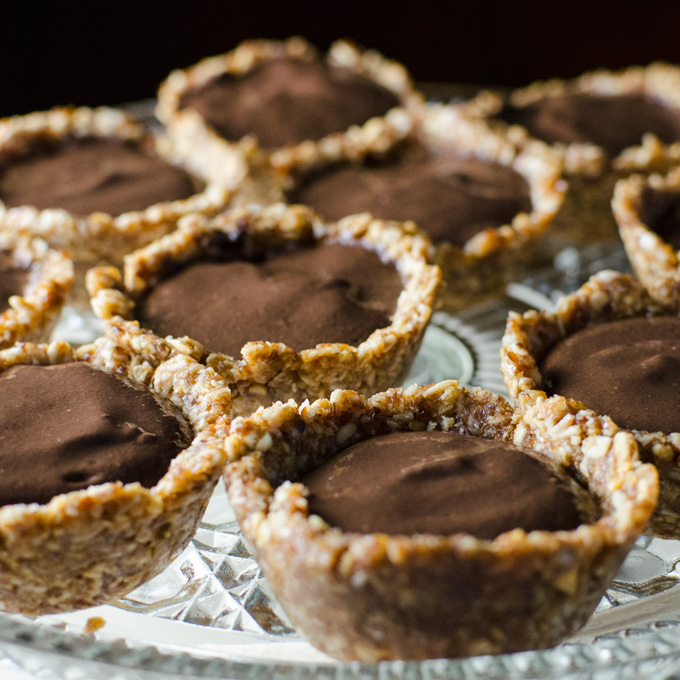 These Mini Raw Chocolate Chia Pudding Pies are a delicious treat. If you want to get extra fancy, you could top them off with a dollop of whipped coconut cream! 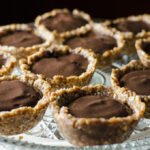 *You can also use smooth peanut butter – or almond butter for a slightly different flavor. Prep time does not include refrigeration time. Recipe makes 12 mini pies. The crust was inspired by Gimme Some Oven’s No Bake Energy Bites. The filling was adapted from Minimalist Baker’s Overnight Chocolate Chia Seed Pudding.